Our last border crossing back into the U.S. at Roosville, Montana was uneventful and speedy. Six crossings over the journey and each one was pleasant and fast. No ripping the rig apart looking for contraband. Be nice to the agents, answer the questions, and smile! No sense getting smart or nasty with them. It will just make your day that much more ugly.


Our destination on this leg of the trip was Libby. We wound along the shoreline of Lake Koocanusa for many miles. The lake is 90 miles long with approximately 50 miles on the U.S. side of the border and 40 in Canada. It is actually a reservoir behind the Libby Dam. The name comes from combining the first three letters of Kootenay (or Kootenai) and Canada plus USA. It was the winning entry to name the reservoir after the dam was built in the early 1970's.


We were able to visit Libby Dam and tour their visitor center on one of our non-travel days. They have a nice visitor center with several hands-on displays. A tour is also offered but we were not able to take it due to having the dog with us. It was too warm outside to leave him in the truck.

We also made a quick visit to Kootenai Falls located west of Libby.  It was quick because the steps down from the pedestrian bridge over the railroad tracks were metal grated. Trip did not like walking on them and he is too heavy to carry down three long flights of stairs. I went ahead and took the short hike over to the falls. 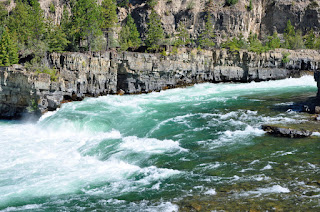 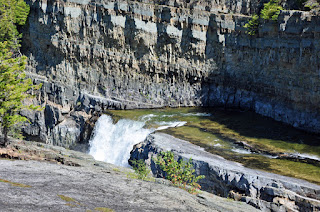 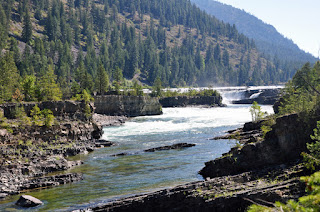 Libby is a neat little town. If you have a chance to visit, you should! It is called the City of Eagles and you will find plenty of eagle sculptures scattered around town. You will also see murals painted on several buildings as well as a few other miscellaneous sculptures. I enjoyed visiting Libby.

After three days in Libby, it was time to travel to Kalispell where we would spend another three days. We had time to kill before meeting up with friends at Glacier National Park. Mom and I visited the two quilt shops in town (shocking, I know!) We didn't do much sightseeing here although maybe we should have to escape the RV park. We had a corner site across from the playground and there were plenty of rambunctious children enjoying themselves loudly.

The days went quickly and then it was rally time! Our truck camper club was gathering outside of the national park at Glacier Campground for five days of fun. Though we were not attending with a truck camper, all were welcomed at the NATCOA rally.  Even us with our fifth wheel. 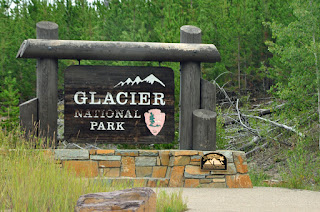 Wednesday was arrival day for most people although some of us came a day early. Thursday we caravanned to Polebridge. The mercantile was completed in 1914 to serve the homesteaders in the North Fork region and continues to do so today. The bakery is marvelous!


Thursday afternoon's forecast was for wind and rain and Mother Nature delivered. Unfortunately, a local musician, David Walburn, was scheduled to play at the rally--outdoors of course. We had a few canopies set up and added a big blue tarp to the campsite area so we would have shelter from the elements. The temps got a little chilly as the evening wore on, but the music was worth braving the storm. We liked his music so much I ended up purchasing three of his CDs. He is a great storyteller, songwriter and musician. 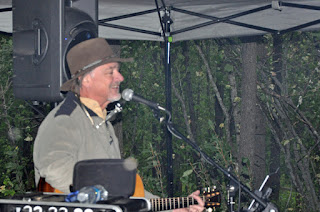 The skies were clear the next morning when a small group of us took a hike to Avalanche Lake. It was a five mile round trip with minimal elevation gain. It felt like it was much more than that as we seemed to keep climbing and climbing. But we made it! The view was spectacular!


Friday night was chili cook-off night. We had plenty of entries to choose from including a vegetarian chili that George made. We didn't win any prizes but got to taste some delicious recipes.


Saturday was Red Bus Tour day! Hooray! I've always wanted to ride the Red Bus through Glacier and here was our chance. Our departure spot was the historic Lake McDonald Lodge. We would be going on three-hour tour (think about that one) along the Going-To-The-Sun Road up to the Logan Pass Visitor Center and back.

The weather was a bit cool but the skies were clear and the sun was shining down upon us with the roof rolled back as we headed out.

The Going-To-The-Sun Road is not for the faint of heart. I think the Red Bus drivers must have nerves of steel! Larry, our driver, kept us entertained while navigating the narrow roadway.

Later in the evening, it was Potluck Dinner time at the campground for our group and then prize drawings. We did win one of the prize groupings. Everyone got something!


Most people departed on Sunday but we stayed one more day before heading to Clarkston, Washington. Our trip would include a one night stop over in Missoula, Montana. There was a big fire burning not far from the Flathead Lake area and you could see and smell the smoke from it. Not good! Luckily it did not impact our travel route.


At our campsite in Missoula, we were seeing several firefighting aircraft coming and going to the nearby airport. We knew there was a smokejumper base at the airport and we took the opportunity to visit Missoula's before leaving town. With wildland fire having had a huge impact on our valley in recent years and the fact that we are located within a few miles of the North Cascade Smokejumper Base, we definitely had to stop.


Our tour started with an explanation of what smokejumpers do...they parachute into remote forest fires to do the initial attack. Hopefully the smokejumpers can successfully put the fire out before it becomes newsworthy. They carry a lot of gear both when jumping, and then when hiking out after the fire. They cannot leave their jumping gear and parachute behind so they have to carry it all out at the end.

A smokejumper must weigh between 120 and 200 pounds before gear. Their weight determines what size parachute is used. They are also in top notch physical condition since their pack weighs around 110 pounds. They can work 14 to 16 hour days when out on a fire.

A smokejumper is also a talented sewist. They make and repair their own gear including jump suits, gear bags, and parachutes. They also love their Spam and like to have cook-offs for the best recipe. Go figure.

After a jump, parachutes are hung in the Tower Room so it can be inspected and dry out if needed.


A smokejumper has to be able to suit up in under two minutes when the call comes in that they are needed. This is no easy feat for the rookie. Practice, practice, practice!


There were several air tankers on the ground at Missoula getting prepped for afternoon flights on nearby fires.

It was a good tour and I recommend it if you are in the area. There is no charge but donations are accepted.

Leaving Missoula in the rearview mirror, we followed Highway 12 west across Lolo Pass into Idaho. This scenic route follows the journey the explorers Lewis and Clark took looking for a watercourse through the Rocky Mountains that connected the Missouri and Columbia rivers. It was a very winding road and I would not want to do this in the winter months.

After two nights in the Lewiston, ID/Clarkston, WA area, we made the final trek home. Up through the rolling wheat fields of the Palouse region in Eastern Washington, then near the Grand Coulee Dam, and at last, the home stretch up the Methow Valley.

We were away ten weeks. We experienced so many wonderful things and met really nice people along the way. But it sure felt good to get home.

Some of My Other Favorites

Photos always look better enlarged. Click on them to enlarge. 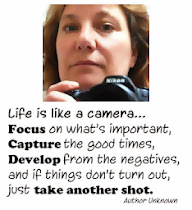